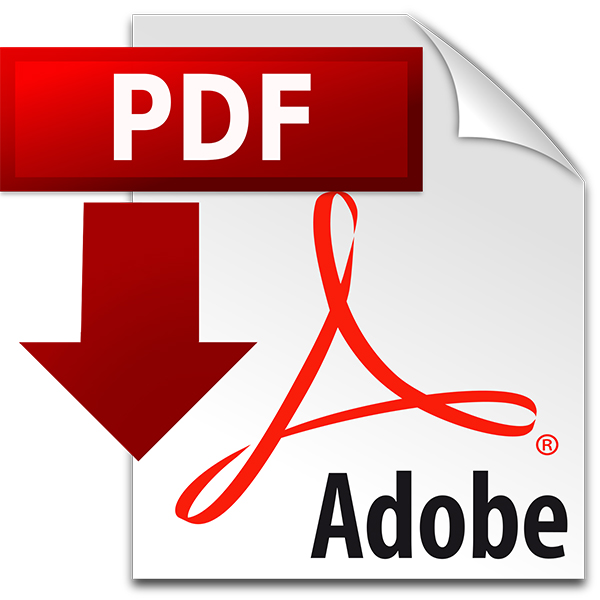 These pull-down latches also named wire latches or wire link latches. You should consider exploring different types of latches, whether it is domestic or industrial latches.

Rochehardware is a professional pull latches manufacturer in China, our clients are proud of our product’s quality.We are continually seeking new wire link locks to fill needs that have not yet been met. We persist driven to satisfy, driven to deliver a pull down latch product line that exceeds your expectations in price, quality, and delivery.

Please Contact Us And Tell Us How We Can Best Serve You. 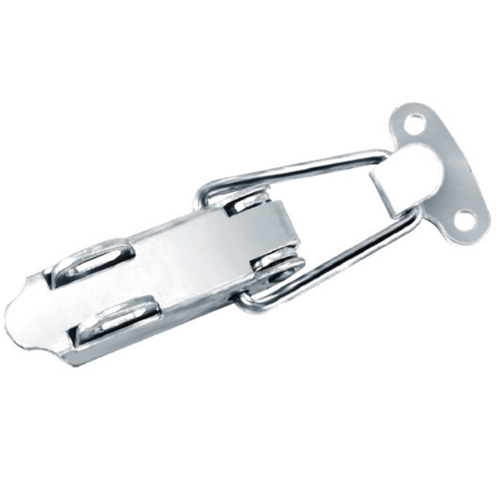 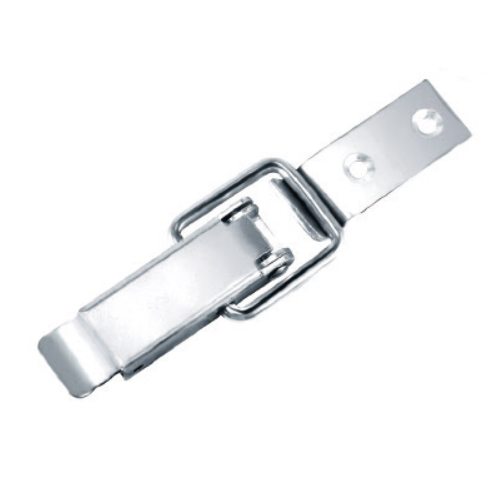 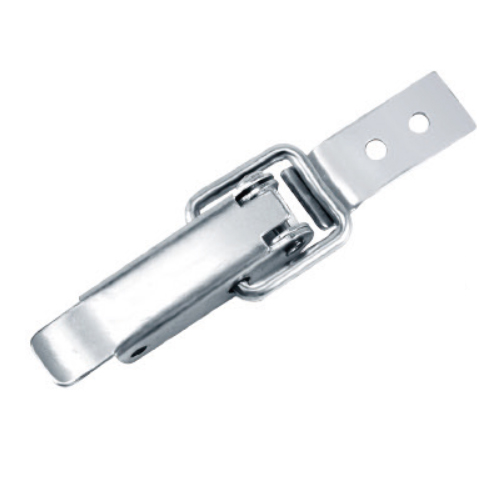 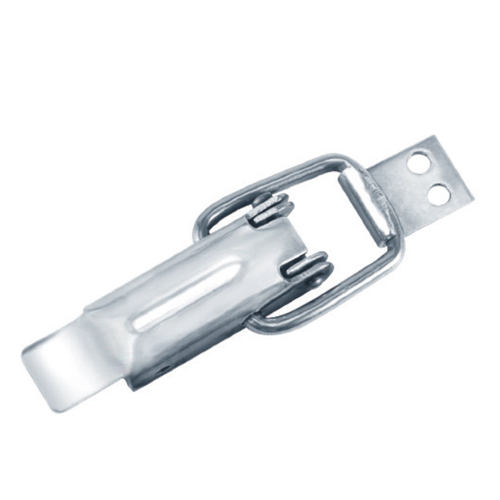 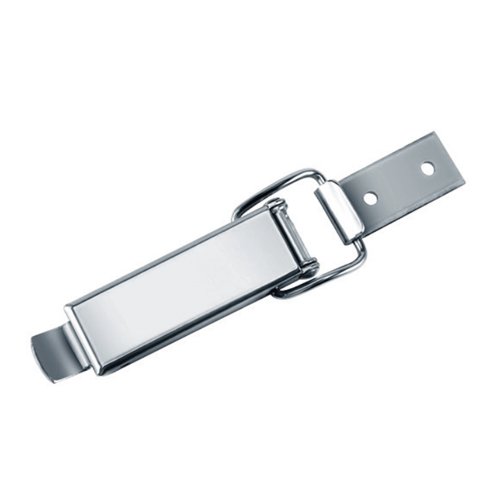 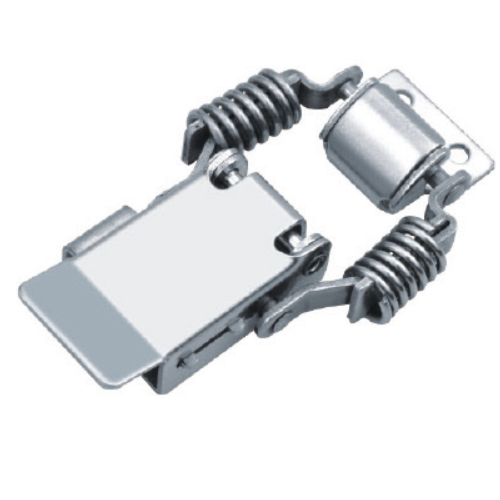 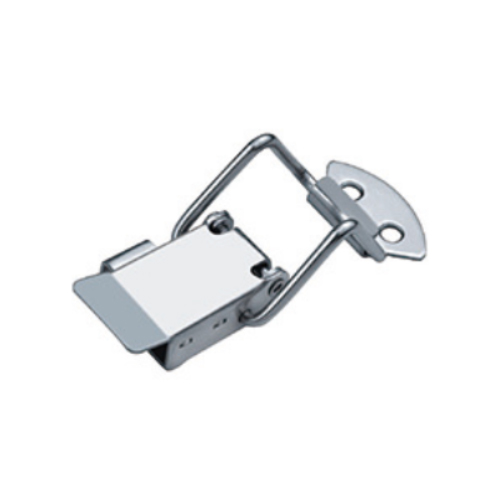 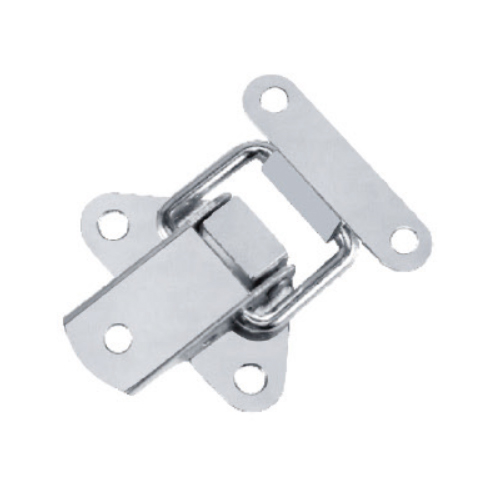 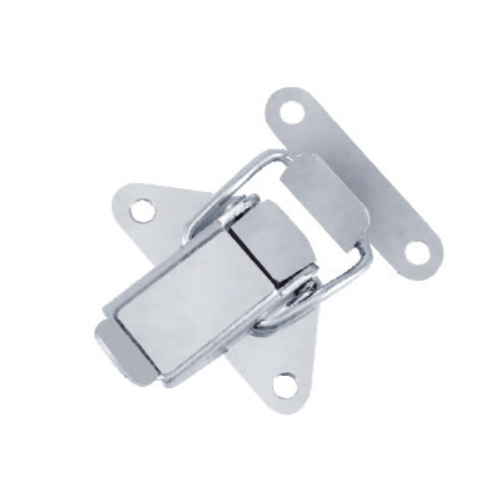 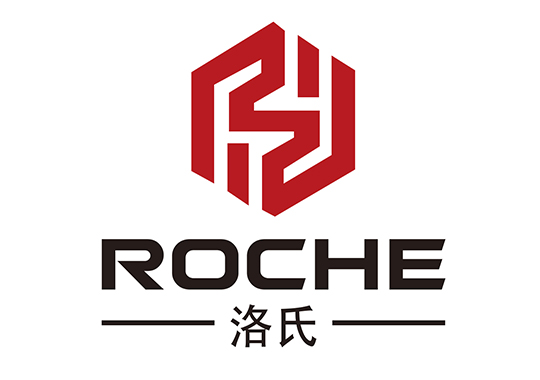 Valuable Information About Pull Down Latch

In your use of these things, you can also often use a specific type of fastener called latch. A latch is some kind of a mechanical fastener or locks joining two or more objects or surfaces. At the same time, the use of a latch allows the two objects or surfaces to a regular separation.

If you look at your door right now, it might be using some kind of latch to keep it joined together. Typically, the mechanism of a latch also engages another type of hardware placed on another mounting surface. There are different designs, and types of latch available made using varying materials.

One particular kind of latch commonly used is the pull down latch. As its name suggests, this particular type of latch is ideal to use for pull-down or drop down doors. Its name also derives from the fact that you need to push or pull the latch to lock.

While not a familiar type of latch, you will find that a pull down latch is available to various places and applications.  The pull-down latch is extremely useful for ensuring security, such as for small hardware. This type of latch features a handle you can move and press down to keep it in a locked position.

Depending on the type of pull down latch, it can provide a strong closing force. When using it, you can seal mold closures and chamber doors in a convenient operation. This eBook gathers valuable information giving you more of its and its benefits as a locking mechanism to help you find out more about pull down latch, this

A quality pull down latch can provide a door, boat, suitcases, and other items with superior control and added security. This is true, especially with latches created by specialists using state-of-the-art technology and manufacturing.

If you choose the correct type and product, it can provide you with superior quality and exceptional performance. Even better, pull down latches today come in wide array of configurations and finishes. These provide the latches with excellent flexibility.

With this, you can find the perfect fastener capable of meeting the even the most demanding applications. On that note, one of the most common applications of pull down latch is for doors, providing it with extra seal and security.

A pull down latch, specifically to door applications; the pull down door latch is released with pivotal handles.  Both handles have at least a foot portion used for operating each one’s respective eccentric portions. These portions have a crank-shaped actuator, which allows the retraction of the latch bolt.

Just like an ordinary pull down door latch, its mechanism allows for latching and unlatching of a retractable bolt. Compared to average pull down latch, it has complicated mechanism involving two lock members. Both these lock members have to be toggled first before the door opens.

The draw latch comes in a wide array of styles, including the pull down type. Every group of draw latch can be used in varying applications. However, you will be able to maximize their advantages when used in a suitable specific application based on the design and material.

Pull down draw latches are extremely versatile. You can use them for different needs. The pull down draw latch is flexible. Varying materials and finish may be used for the latch such as stainless steel and zinc plated.

The pull down draw latch is stylish and adjustable, capable of providing your door with an added measure of security. This type of lock is elegant, which can help enhance the door, vehicle or equipment where you install the latch.

This is the type of pull down latch ideal for drop down doors. The latch increases the doors’ versatility and durability. Its design allows it to be easily opened with a simple pulling down action. Drop down doors are not easy to operate, which might cause accidents if not secured or latched properly.

For that reason, it is essential to select the right lock or latch to keep the doors secure. One of the best latches to use for this is the drop down door latch. Using this latch necessitates only a little force for opening the doors.

Compared to knobs, which need a combination of pushing, pulling, and twisting to open, the drop down door latch requires only a slight pull to unlatch. With this design of pull down latch, the hands-free use of the door becomes much easier.

One of the many applications you can use a pull down latch is in securing your attic’s folding stairs. Securing the hatch of your attic is important. This is needed particularly if the hatch’s edges are sealed with insulation and if it keeps the stairs in place.

Almost all houses have some overhead space you can use for storing things you don’t need in the meantime. Normally, the attic isn’t heated and cooled. It also doesn’t have enough headspace. However, it’s an excellent space you can use.

The problem is how to access it. That’s where the folding attic stairs come into play. The attic stairs allow you to come up and down your overhead space anytime. But then another problem is how you can keep the attic door and stairs secured overhead.

Moreover, you need to ensure the attic won’t be open and easily accessed by anybody.  Well, the answer is to use a locking mechanism that automatically secures the hatch. Now there are various locks and latches you can use to secure your attic door.

Out of the many, the pull down attic stair or attic door latch is the best use. In addition to sealing the edges of the hatch, it is much better to install a pull down latch on the door. With a simple push or pull action, you will be able to store the pull down stairs and secure the doors easily.

The pull down attic door latch uses the same mechanism of an ordinary pull down latch. Its design needs you to apply only a little force to unlatch and set it in motion. When using it for the attic door, you only need a long enough handle to reach up, push and then pull for easy door operation.

As mentioned before, latches can be used in a variety of applications. One of those applications is in keeping a vehicle’s compartment safe and secure, such as a pull down the trunk. A pull down trunk latch system is used in motor-vehicle trunks.

Besides the latch itself, what makes the pull down trunk latch work is the drive motor. Pull down trunk using latch as a lock often works automatically through a drive motor, which acts as the control element. This has an output engageable that pushes or displaces the lid of the trunk.

Chapter 4: A Well-Coordinated Drop Down Gate Latch for the Smooth Swing of Your Gate

Whether you have installed a new gate or freshened up an old one, you deserve well-coordinated hardware. The same thing applies when you reach for the drop down gate latch. The gate latches are one of the important elements of the gate that no one ever notices.

But if you want quality exterior hardware, it’s important to choose the best drop down gate latch. With it, then you can be sure your gate operates and swings real smooth. On that note, there are a few things you should consider – material, style, and the installation of the gate latch.

What is the Drop Down Gate Latch?

It’s true that the integrity of the gate depends largely on the hinges. However, it is the latch that is the first contact that ensures everything is safe and secure. The gate latch is simply a mechanism, a metal bar and a lever that allows you to raise or drop down to open or close it.

Before, a latch is made of heavy-duty metal components that operate smoothly. Today, there are different configurations, styles, and designs of gate latches. But just like before, it functions well when paired with correct hinges and as part of a solidly designed and built gate system.

As the name suggests, adjustable pull down latch allows you to open a door by pulling the handle down. Since this latch is adjustable, that means you can change it, so it suits your needs and requirements for a safety locking mechanism.

Adjustable latches offer incredible benefits. For one, some of them exceed the dead center thus allowing the latch to resist vibration. The materials used for the latch varies, but the most common are stainless steel. In adjusting the latching length, one simply needs to rotate its arm.

The main benefits of this type of pull down latch are:

Usability – You don’t need a lot of force to open a door with adjustable pull down latch. This one doesn’t involve complicated combinations of a mechanism. Most of the time, you need only to pull it down slightly to open. This makes up for amazing hands-free use.

Adjustability – As the name suggests, you can adjust the latch length. If you need it longer or shorter, all you need is to rotate the arm. With that, you can ensure that the latch does its job of securing whatever is behind the door or inside a compartment.

Durability – The design of pull down latches have only fewer parts. It’s different with traditional latches. This simplicity is what gives the hardware added durability. Together with its through-bolt installation design, you can use it for at least thousand cycles.

Latches are among the most common locking mechanisms today. Together with other types of locks, latches and bolts are often used to provide added security to a door, gate, trunk, vehicle, and more. With its simple but reliable mechanism, it is not surprising it is commonly used in a variety of settings.

With the above information, you will be able to find the correct pull down latch for specific applications. While this type can be used in a wide array of settings, you will need to choose the one intended for a specific use. This ensures you can have maximum security. Of course, it would be best if you’ll find it only from a trusted company. So you are sure that you will only have a quality product and purchase it at a very reasonable price.

Get these reliable latches only here at Rochehardware!